Moonlight Benjamin is a Haitian singer and voodoo priestess. Twelve years after she began her career as a world music artist, and in parallel with different jazz and world music collaborations, she finally found her own unique musical style: a blend of Haitian voodoo and a 70’s style blues rock. Audiences are amused by her powerful and hypnotic presence on stage, as well as her powerful voice.

Breaking the rules with Moonlight Benjamin 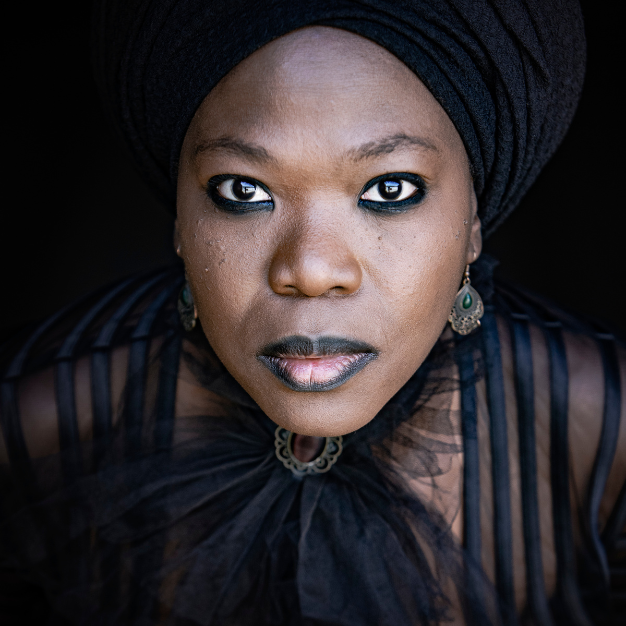 Moonlight Benjamin was born in Haiti and grew up in a protestant orphanage. Music followed her throughout her whole life, and as a teenager, she started to sing at church.

Moving to France was the impetus to the rebirth of her career. She collaborated with famous jazzmen like Jacques Schwarz-Bart and Omar Sosa.

In 2017, she started to work with the young talented French guitarist Matthis Pascaud. Matthis helped her to find a new path in her music style, breaking the “code” and mixing Caribbean roots with some blues rock. And it worked beyond all expectations. The Guardian magazine (UK) nicknamed her as the “Caribbean Patti Smith”.

In recent years, she appeared on the cover of 2 magazines in the UK. Since 2018, Moonlight Benjamin and her team do around 50 gigs every year. 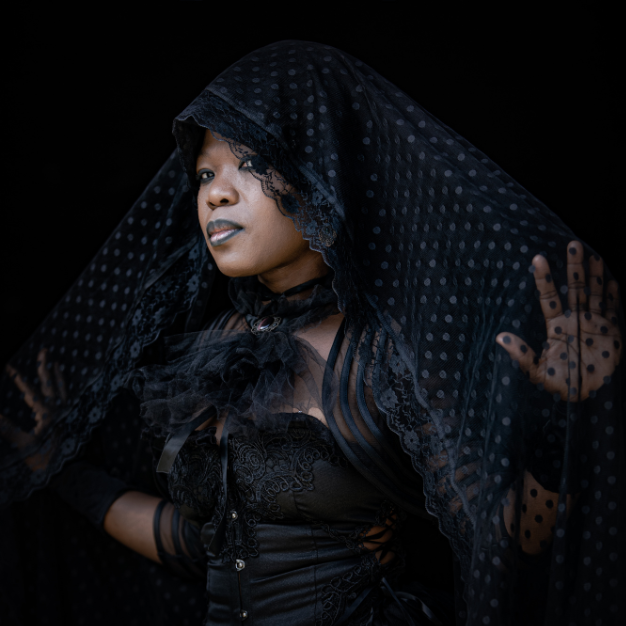 Moonlight Benjamin is a voodoo priestess and it influences her music, making it unique.  She believes that voodoo is all about rhythm, songs and dance. All the melodies and rhythms she brings into the songs come from Haitian and voodoo backgrounds.

Moonlight has a powerful voice, singing in Haitian and French and with the tension of saturated guitars she creates voodoo trance in a very new style. She believes her music heals people as voodoo is about energy… life energy.

Her last single “Epi” was composed during the pandemic. It is about the energy flux that can guide your life. The music video was shot in an empty house, in the French countryside, adding some voodoo imagery. With this new single, she continues her exploration of a unique Caribbean blues rock with saturated guitar riffs.

Moonlight Benjamin is not afraid of experiments and is not shackled by what is considered mainstream. Moonlight represents her country with imaginative style by putting her voice on her own lyrics or lyrics from famous Haitian writers.

For 2022, this singer has huge plans. She is currently working on her 4th album, which will be released in early 2023.

Book Moonlight Benjamin for your next shows here.

Find similar gigs and calls here.
Open a gig for your next event here.