The First Ever Ibiza Global Festival

With electrifying beats pulsating across the vast expanse of San Antonio’s S’Arenal beach, lasers slicing through the night sky and some of the finest talent in electronic music taking to the towering Main Stage, the first ever Ibiza Global Festival went down a treat with electronic music lovers.

Supported by the Consell de Eivissa, Fomento del Turismo de la Isla de Ibiza, and the Ajuntament de Sant Antoni, no less than 20,000 eager revellers came to join the eco-conscious party on the sands of this iconic sunset destination.

With headliners Luciano and Nic Fanciulli, as well as a host of international guest artists and, of course, the Ibiza Global Roster all billed to play over the course of two days and a total of 14 hours, a veritable dance marathon awaited! 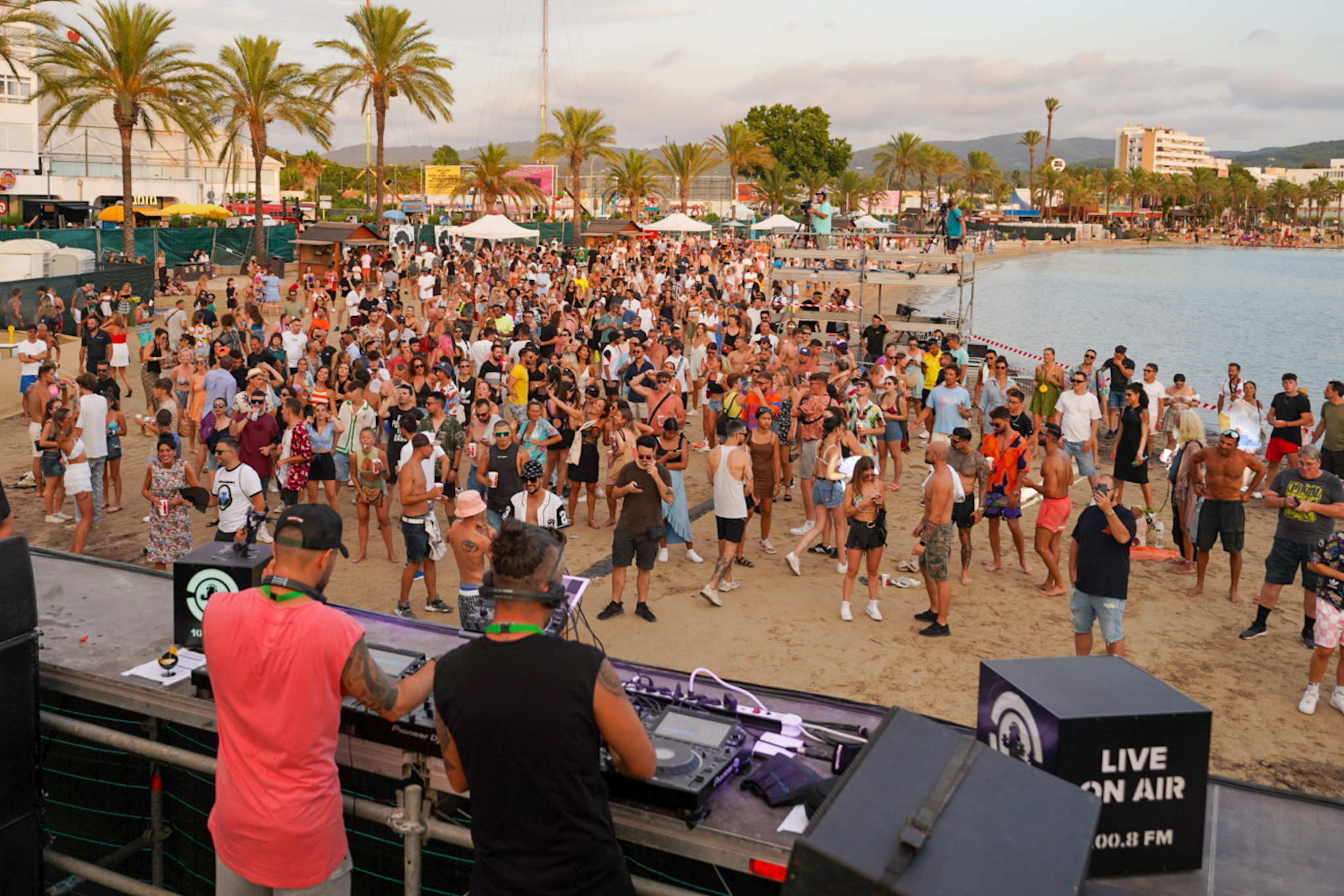 The Start Of An Unforgettable Weekend…

The weekend started in style with a healthy dose of yoga on the beach, in front of the towering festival stage, guided by Francesca Ibiza Mystica and soundtracked by Ibiza Global Radio’s Leonor Rossello.

Organised with the support from Ibiza Health & Beauty, an initiative by Fomento de Turismo de la Isla de Ibiza, the free Hatha yoga class was open to anyone who wanted to balance mind, body and soul before dancing their hearts out later. 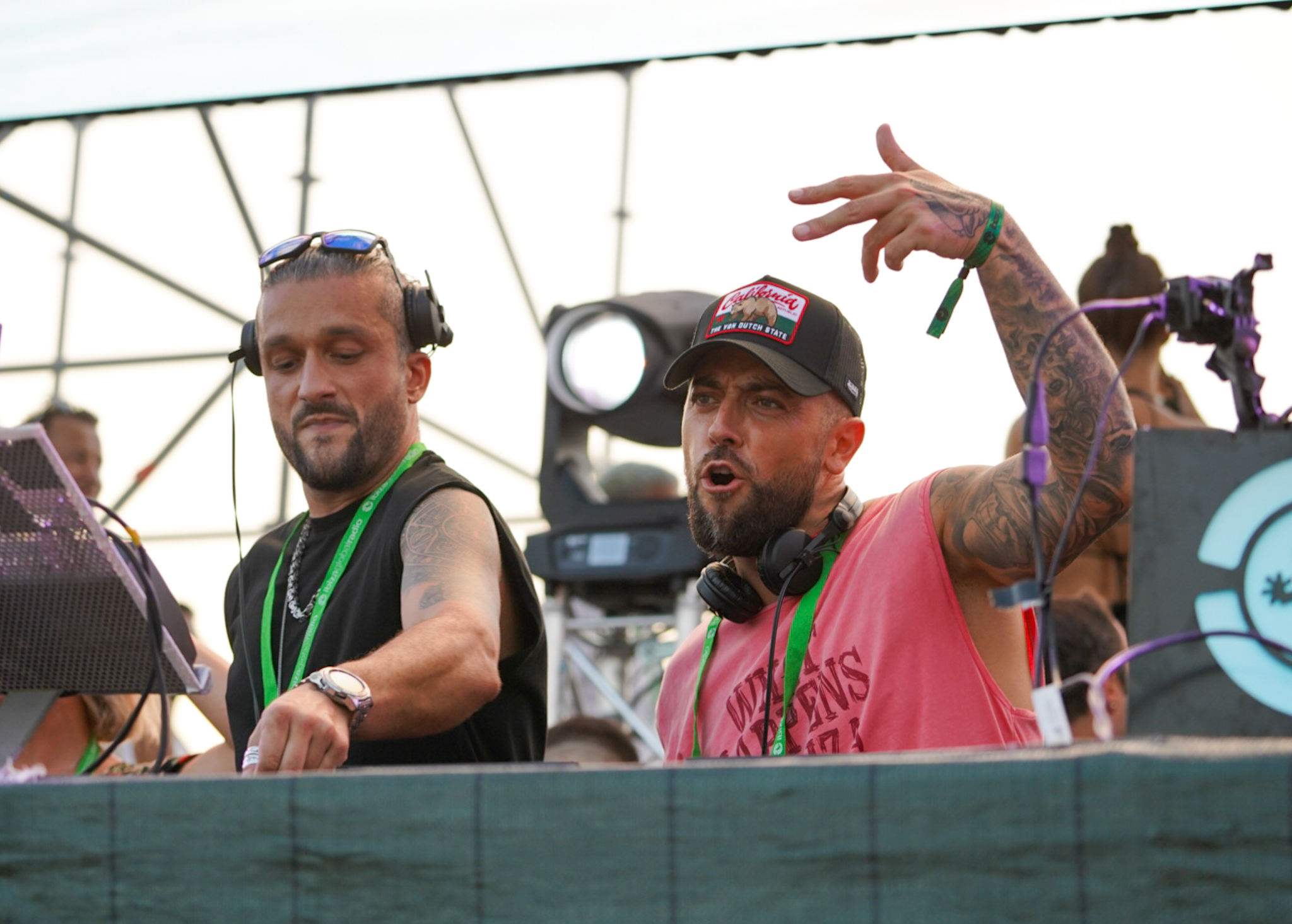 Thanks to support from official tech partner Pioneer DJ, Funktion One and Sonitec Ibiza, Day 1 started off in the sizzling summer heat with a high energy set and crystal clear, powerful sound by Italian DJ duo James My & Criss.

They were followed by MDLBEAST representatives Solskin, who played an uplifting feel-good mix that was perfect for the sunny day, and the platform’s Chief Creative Baloo, who brought some irresistible ‘deep and dirty’ beats to the beach. 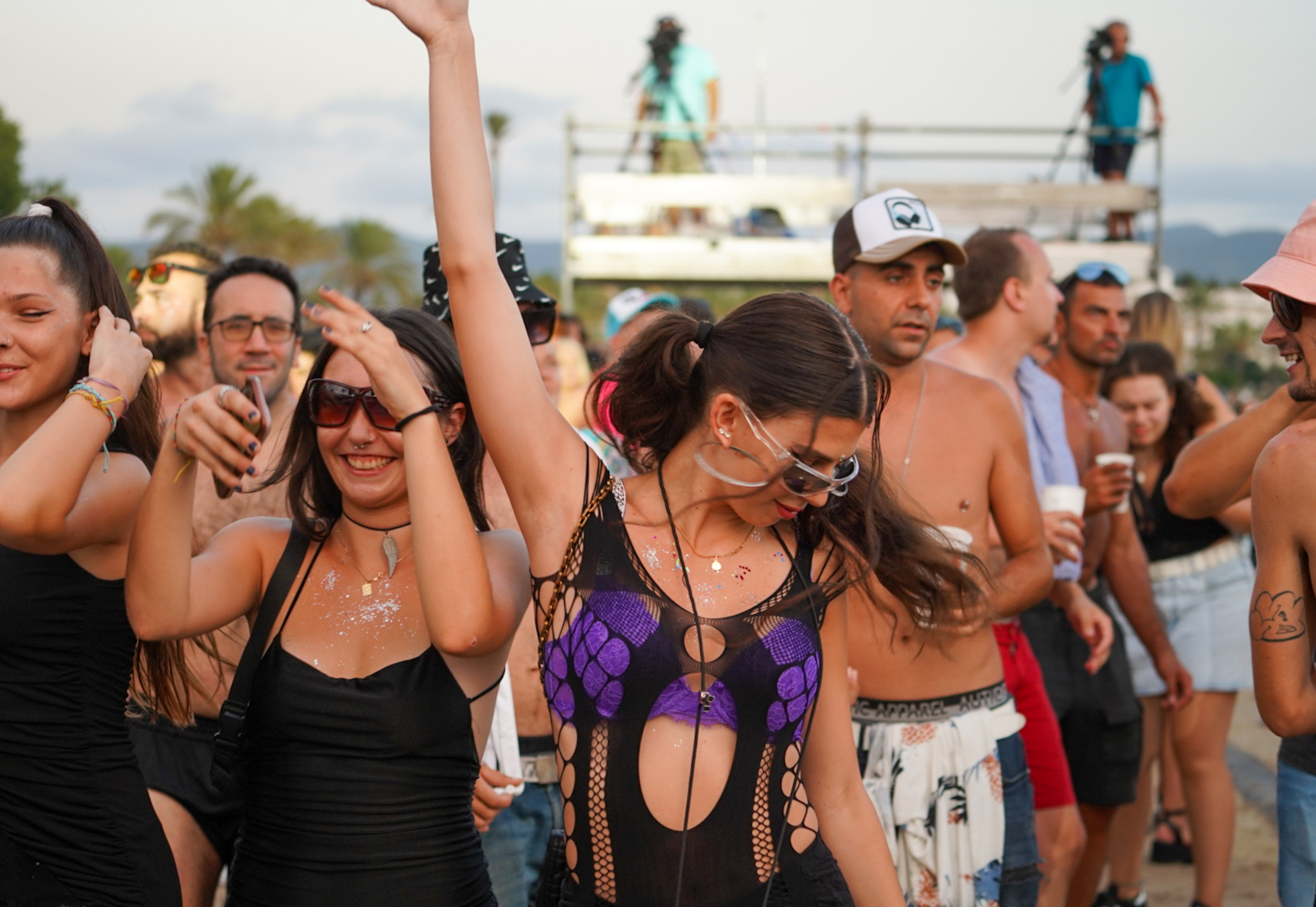 The Night Of A Lifetime

As the sun began to set and the beach began to fill, more and more revellers gathered in front of the Main Stage. The Ibiza Global Roster was whipping the crowd into a frenzy with a fantastic set by ReFF b2b Xavi Emparan, full of high energy and good vibes!

Next up were Jose Maria Ramon b2b Toni Moreno, dropping one goosebump-inducing track after the next until the sky had turned black.

With the party vibes sky high, it was time for the headliner of Day 1 to take to the stage: Luciano! The Ibiza veteran knew exactly how to push the crowd to the limit, and the sea of enthusiastic festivalgoers in front of him lapped up every last beat, drop, and melody.

With sustainability and a ‘greener and cleaner’ future a core message of the Ibiza Global Festival, partners Amistat Island Hostel Ibiza had provided a team of eco-conscious volunteers to pick up waste from 5pm until 1am, cleaning the festival site throughout the event.

Luciano was eager to contribute his part to this important message. The One Coin For Life founder closed his set by encouraging the crowd to pick up a cup or another piece of rubbish each before leaving the site. 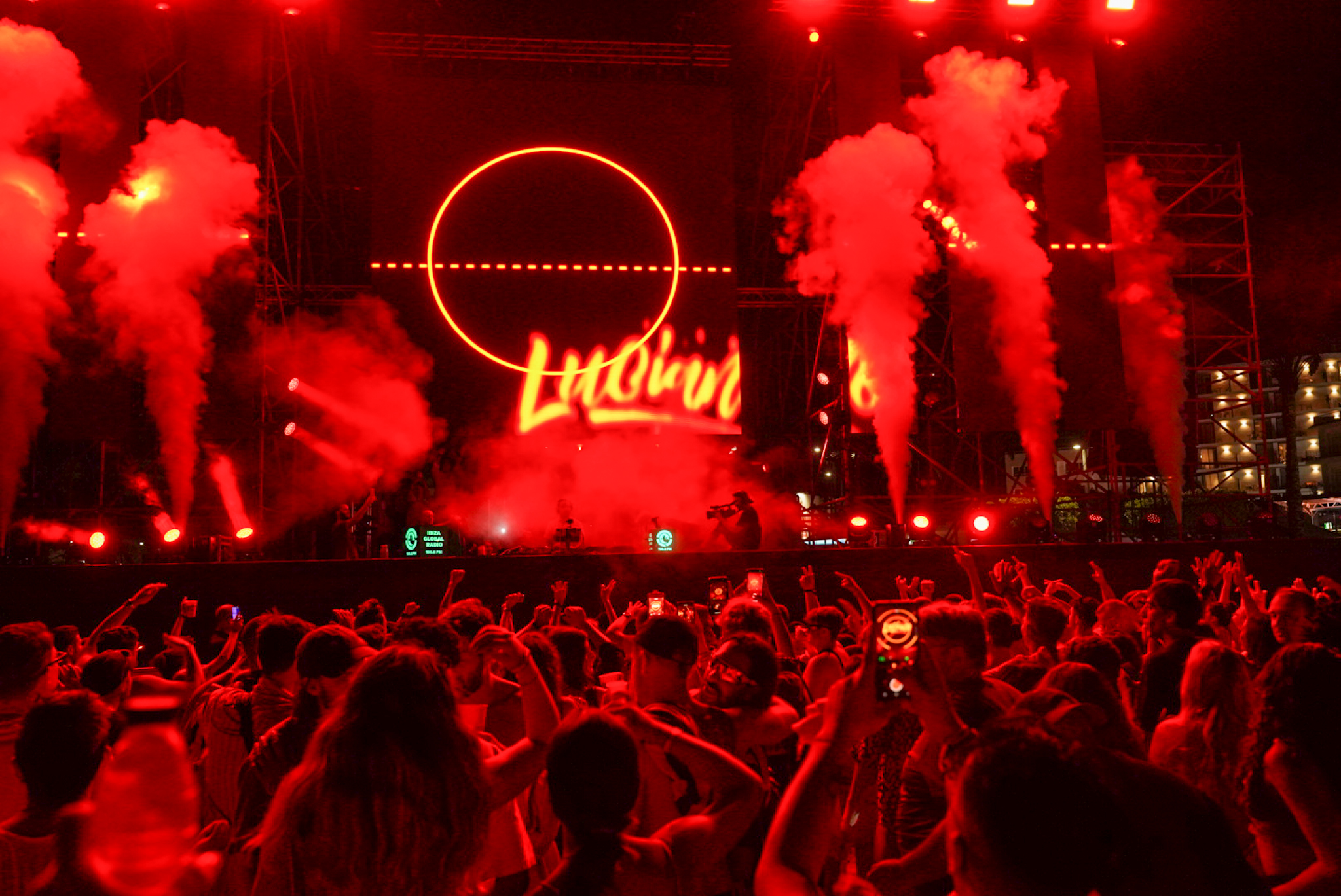 But, with the official Ibiza Global Festival Afterparty awaiting revellers at iconic San Antoni nightclub Eden Ibiza on their weekly WNDRLND x Perfect Havoc night, there was no rest for the wicked!

A Golden Day 2 at Ibiza Global

After a whirlwind first day, the second helping of Ibiza Global Festival on Sunday, July 31st, was no less exciting! Kicking off proceedings was Italian DJ and producer Marta Taddei, who confidently opened the main stage.

She was followed by Jose M Duro, who continued to build the energy as more and more revellers began to arrive on the beach.

Up next was MDLBEAST talent Vinyl Mode, who couldn’t resist his own infectious beats as he enthusiastically danced his way through the entire set! Continuing the fun were his roster peers Dish Dash, one of Saudi Arabia’s biggest musical exports to date.

All of the four MDLBEAST acts did an incredible job flying the flag for the emerging electronic music scene in the Middle East, leaving us wishing for an invite to join them for the next edition at the end of 2022.

As golden hour approached and the sun began to set, Ibiza Global Radio’s WOLO brought his unbridled enthusiasm to the stage.

After having opened the Live Stage on Day 2, he picked up where he left off earlier and wowed the growing crowd with his enigmatic melodies and electric beats. 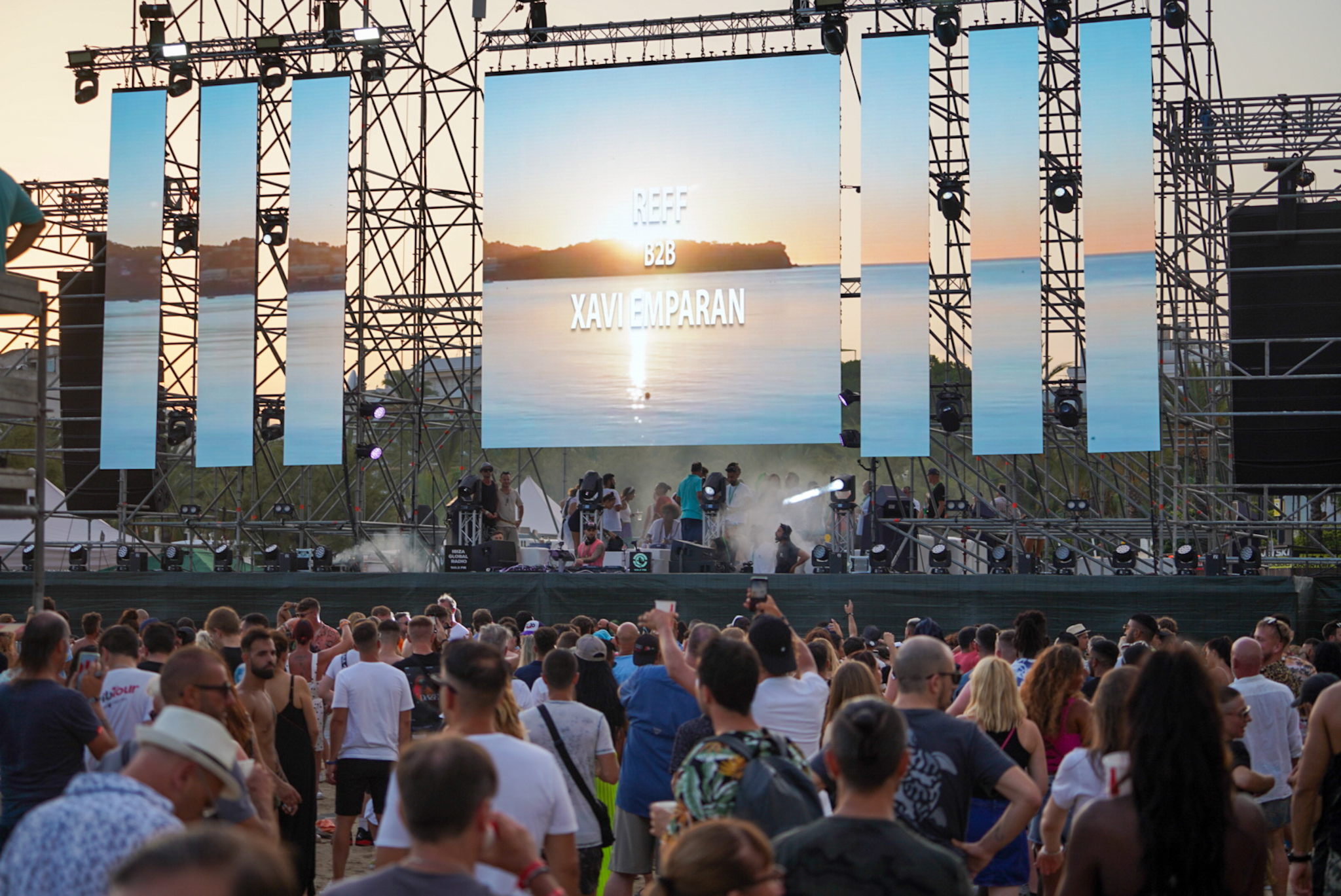 Iconic house music vocalist Rebeka Brown took to the Main Stage and belted out classic anthems including ‘Free’, ‘We Are Family’ and ‘Show Me Love’. It was goosebumps galore as the powerhouse artist rocked the audience, with the lyrics of many anthems taking on a new, profound meaning in a post-pandemic world.

Over on the Live Stage, another day of discovering alternative and up-and-coming talent, Masyga and Mauro returned for a second helping of their amazing music, with Jose M Duro playing b2b with young electronic music Wunderkind Varoc, followed by Reff, and Jose Maria Ramon playing b2b with his son Iluhan Ramon.

Next up, the penultimate artist of the night, Alex Kennon, took over the decks. Letting his fierce beats rain down onto the crowd, he fired up the arena ready for the grand finale of the festival: Day 2 headliner Nic Fanciulli.

Another Ibiza veteran, Fanciulli knew exactly how to close the Ibiza Global Festival in style, keeping the energy high until the very last moment. The crowd kept going until finally, and sadly, shortly after midnight he faded out the sound. 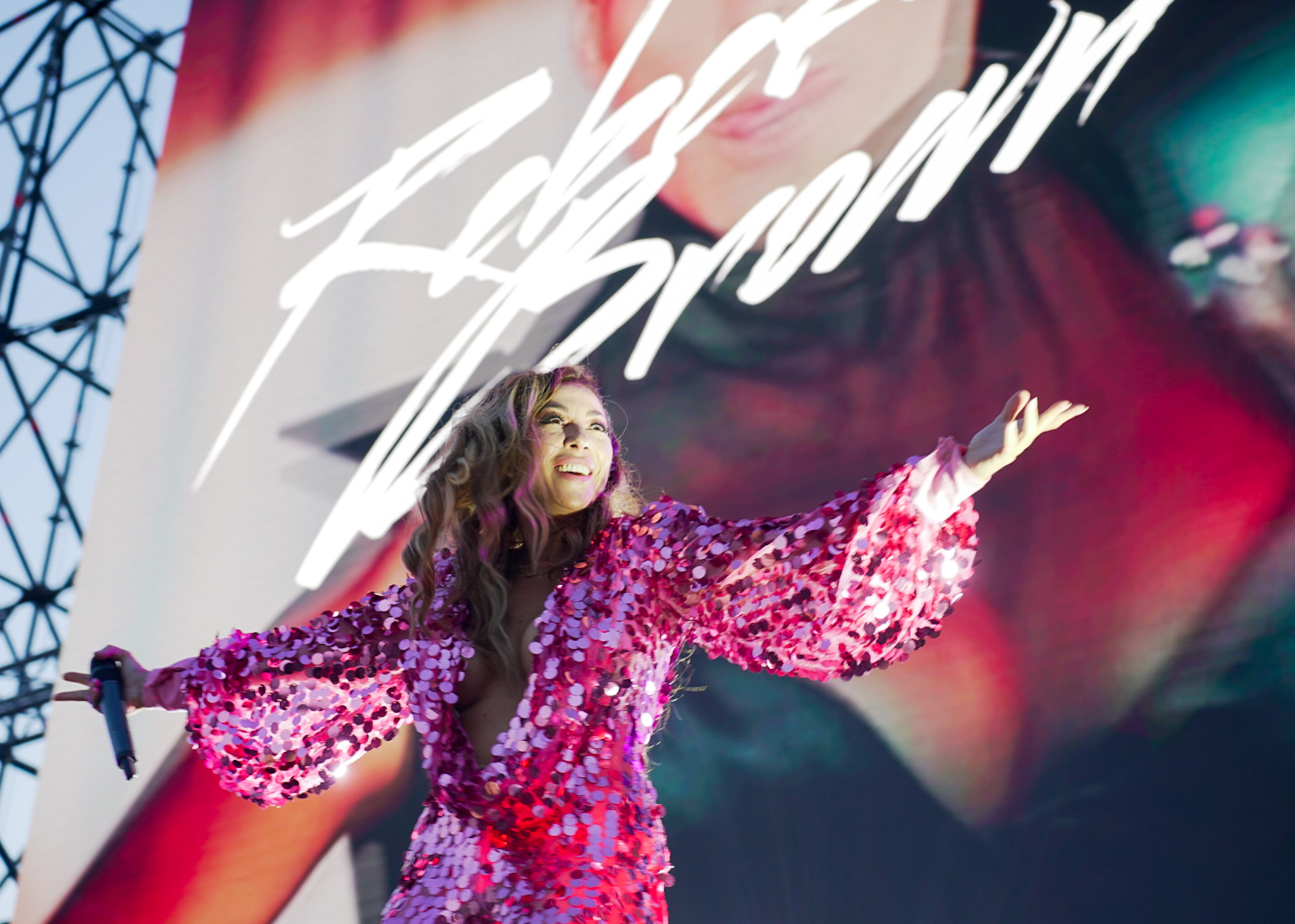 There was absolutely no doubt that the first ever Ibiza Global Festival was a huge success, and, with the promise of returning next year – and perhaps taking the event beyond the Balearic Islands – the sizzling fiesta came to a close.