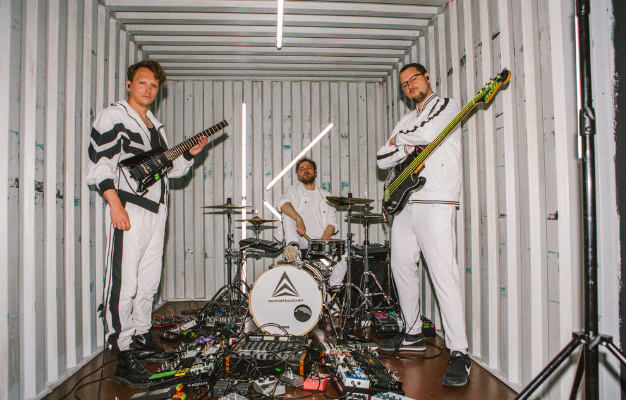 Komfortrauschen is a Berlin based trio that creates the powerful sound of a techno DJ set in their very own analogue fashion with traditional instruments, filtered through an impressive array of pedals and effects. Komfortrauschen means “comfort noise” and the band is able to hold down blackened clubs but also mesmerise on big festival stages.

The band uses guitars, bass and drums plus a lot of effects pedals to emulate the sound of a DJ set and combine it with the raw energy of a live band performance.

The German trio brings mechanical rhythm, acid guitars and thundering bass with the precision of a German factory but the hedonism of a Berlin basement. There is nothing polite or organic about what they do. A Komfortrauschen show is full of raw, pure and unadulterated techno energy that is designed to make you sweat.

“The tracks you played really sounded like you’re from Detroit!“ say their fans. 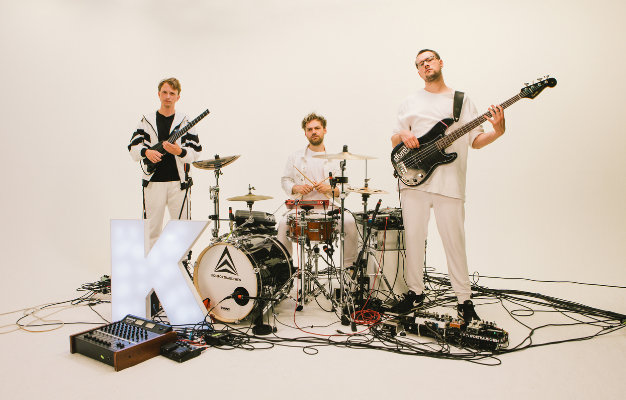 Komfortrauschen told gigmit that their main inspiration is from Detroit techno and producers like Robert Hood, Jeff Mills and Claude Young Jr. One day the band even would love to play Movement Festival Detroit. Detroit is such an important city for the music they play so it would be an extreme privilege to perform there.

Made up of just guitar, bass and drums processed through an array of effects and pedals, Komfortrauschen bring the unabashed rave of The Prodigy to the precision programming of Richie Hawtin.

The last album of the band called “Each Second” is a great example of it! “Each Second” was released in collaboration with a Berlin based techno label called Second State. It was a breakthrough step in the career of Komfortrauschen, as it helped them to get more attention and to get more shows.

Komfortrauschen played everywhere from SXSW to Kantine am Berghain and many other places around Europe. This year they finally released their debut album. Komfortrauschen worked really hard to achieve this and it took over one day to write, produce and mix the music. 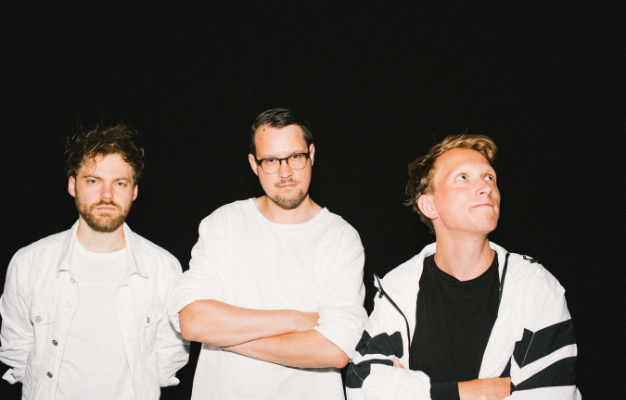 In the beginning of 2023, the trio will release the EP and there will be another addition to the cover series. Also, there are some cool live videos in the pipeline coming this year!

There is nothing polite or organic about what they do. The way the three members intertwine their live kicks, razor-sharp hi-hats and dynamic drum rolls will be as thrilling to watch as it is to listen to. The secret is now out of the box, Komfortrauschen is impossible to contain. It is time to lose yourself in their noise.

Upgrade to gigmit PRO to access all the features and start tracking your success!