When Hannah Trigwell started out as an artist, she realized that she first needed to grow her audience and build a fan base in order to get her music “out there” and fill venues for her performances. Stumbling upon YouTube when it was still in its infancy, she was encouraged to see people from all over the world watching and commenting on videos of live music performances.

As she felt this was a great way to connect with her music fans out there, she started her own YouTube channel, which has now reached over 500,000 subscribers and more than 120 million views.

Below, she shares her top three things she’s learned on her journey as a musician-vlogger:

It can be tempting to base your content on popular topics or trends to get more views. But for the longevity of your channel on YouTube (or anywhere else), it’s advisable to post what YOU want to post. A one-off video may get you views in the short term, but if the content doesn’t feel like “you,” people will see right through it. Also, vlogging should be fun! You’ll probably soon find it hard to find the motivation to create things you don’t really believe in. Therefore, just post what you want and try to be consistent about it.

“Stay With Me – Sam Smith (Hannah Trigwell acoustic cover)”, Hannah’s most popular video to date, shows the importance of good timing. After hearing the song on BBC Radio 1 a week before its release, she recorded a stripped-down acoustic version of the song and posted it on YouTube. Up until the song’s release five days later, her video was the first to pop up when someone searched for the upcoming single by Sam Smith on YouTube. The video was viewed a million times within a week and now has close to 30 million views. A big factor in its success was definitely its timing.

Timing is also important when it comes to the release time of your videos. This is something to think about for artists who want to build a fanbase in certain regions of the world!

For many years, Hannah posted her videos on the same day and time every week. Although this consistency helped viewers know what they were getting to see and when, it wasn’t ideal from the perspective of growing an audience for touring. Since she released her videos at 2 pm UK time, this turned out to be the perfect time to reach people in Southeast Asia, which resulted in her now having quite a large audience there. Being based in the UK, however, it would be more convenient for touring to have a big audience in the UK. Therefore, she has since adjusted the posting times of her videos, slightly geared towards her UK audience.

3. Invest In Your Community

This does not mean giving your fans money or even sponsoring each of your posts on social media, but rather investing your time and energy into your viewers. You can do this for example by replying to comments and engaging with your fans. Hannah tries to reply to as many people as possible: “Because if you invest emotionally in your online audience, the love will be returned. And that is what it’s all about after all: I make music to connect with people, so I believe investing in my listeners is crucial to the experience – on both sides of the screen”.

You can find more tips on Hannah’s YouTube channel here.

Check out the original article, which was initially published in the Shure LOUDER magazine HERE.
Find live streaming concerts and gig opportunities HERE!

Apply HERE and get a € 500 fixed fee and the Mic of your choice! 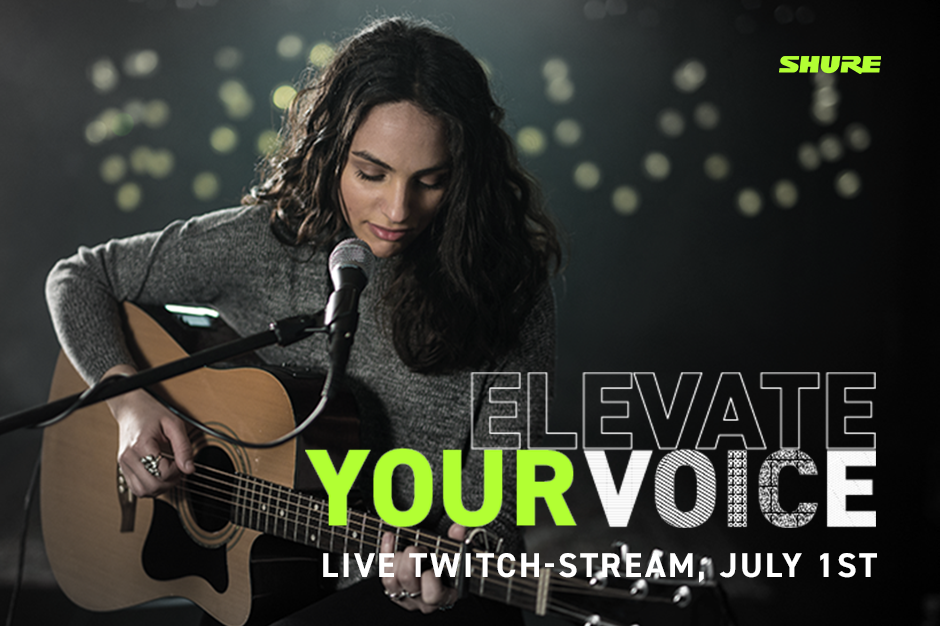