Sziget: The Island of Freedom 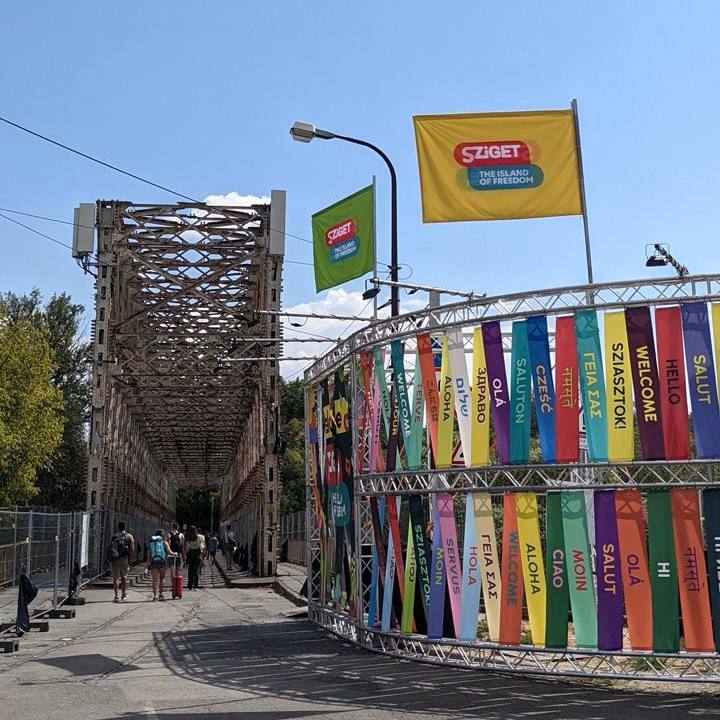 Sziget is one of the biggest festivals in Europe, taking place in Budapest. Being around for so long, it had a lot of time to grow and become an insanely popular festival. Every summer, Sziget festival gathers music lovers from all over the globe in one place to celebrate freedom and enjoy art. Love, freedom, and the power of diversity are at the core of everything they do and while the music is important, these values take centre stage.

How gigmit found an artist two days before the festival

This year, gigmit collaborated with Sziget and gave an amazing opportunity to our artist community to perform at the festival. But this story is different from the way we usually book acts and here’s why…

After receiving hundreds of applications, gigmit invited Lithuanian band Shishi to take part in the showcase, and we couldn’t have been happier! But a major problem occurred two days before the showcase.

A couple of days before the actual performance, Shishi announced that they would not be able to make it.

Despite the stress, the gigmit team found a way to solve it. Even though things looked bad, we really wanted another gigmit act to perform at Sziget, so we were looking for an artist replacement. It would normally be close to impossible finding an international replacement in such a short time, but thanks to the huge artist community and the great gigmit team, we managed to find an amazing replacement artists within a few hours.

I have been informed by Shishi management that because one band member got sick shortly before the festival show there is the possibility of cancellation which has later happened unfortunately but then gigmit team proposed another band so John Wolfhooker has performed as a substitution finally. gigimit and Sziget teams last minute reaction has made this great show happen.

And we were extremely happy with the result, as the amazing band John Wolfhooker, from Chech Republic, made it to the stage.

“I was naked in SPA and received a message from Gabriel from gigmit…and started to dance right in a SPA”, says Rony, a member of John Wolfhooker band.

We are thankful that a band showed high professionalism and managed it in two days before the real performance. Huge thanks to the Sziget production team, to the band and the gigmit team. Despite the rush and stress, the performance was outstanding and left everyone speechless.

John Wolfhooker is a four-piece rock band from Chech Republic. They are known for their unique sound, combining different genres like post hardcore, pop punk and progressive metal. Combined they merge into something incredible and unforgettable.

John Wolfhooker rocked the stage of Sziget festival this year. Martin, Rony and Filip connected all the people at Sziget, making a harmony using their voices. Their show was just about the pure joy of playing the music they love and this mood was reciprocated by the audience.

Right now, John Wolfhooker is working on their 4th studio album. So do not miss their new releases and book them for your shows here.

Upgrade to gigmit PRO to access all the features and start tracking your success!